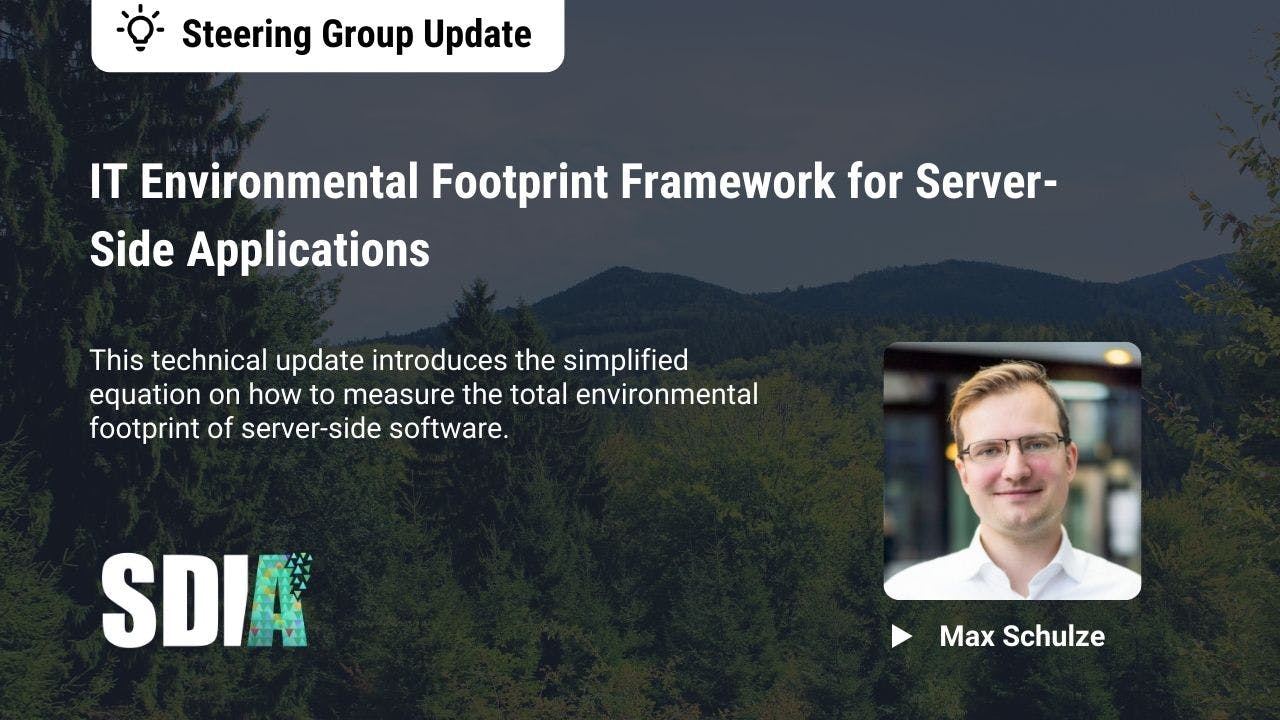 Currently, there are more than 15 Steering Groups actively executing the SDIA Roadmap to Sustainable Digital Infrastructure by 2030. This is an insightful piece falling under our Digital Carbon Footprint activity and is an output coming out from the ‘Carbon footprint framework for server-side applications’ Steering Group. The main focus of the group is to support better data availability and reporting of carbon emissions within the digital value chain to provide the basis for better decision-making. This technical update introduces the simplified equation on how to measure the total environmental footprint of server-side software.

Retrospectively to date, at the SDIA we have been addressing sustainability within the digital sector from an infrastructure perspective — servers, data centers, etc. However, over the last year, we have realized that infrastructure is reluctant to change unless specifically driven by customer demands. The problem exists due to perception, digital infrastructure is seen to be dynamic as characteristic of the technology sector as a whole and its inherent nature to be future thinking, although in actuality it can be slow to change. Conversely, taking another perspective from within this sector software — specifically, system administrators (Ops/ DevOps) and software engineers who are building applications on top of the infrastructure — is agile and adaptable, redefining both the problem and solution in a new light.

When it comes to determining the environmental footprint of IT, we should therefore also take into account the perspective of the software engineer and ask: What are the requirements? Which boil down to these fundamental elements:

Within one of our Digital Carbon Footprint Steering Groups, we have been working on a framework for measuring the environmental footprint of an IT server-side application. The idea originated from the infrastructure side, which led us to record ≥ 30 different metrics and data points. This methodology was too complicated in nature. So what would be a more concise next step? 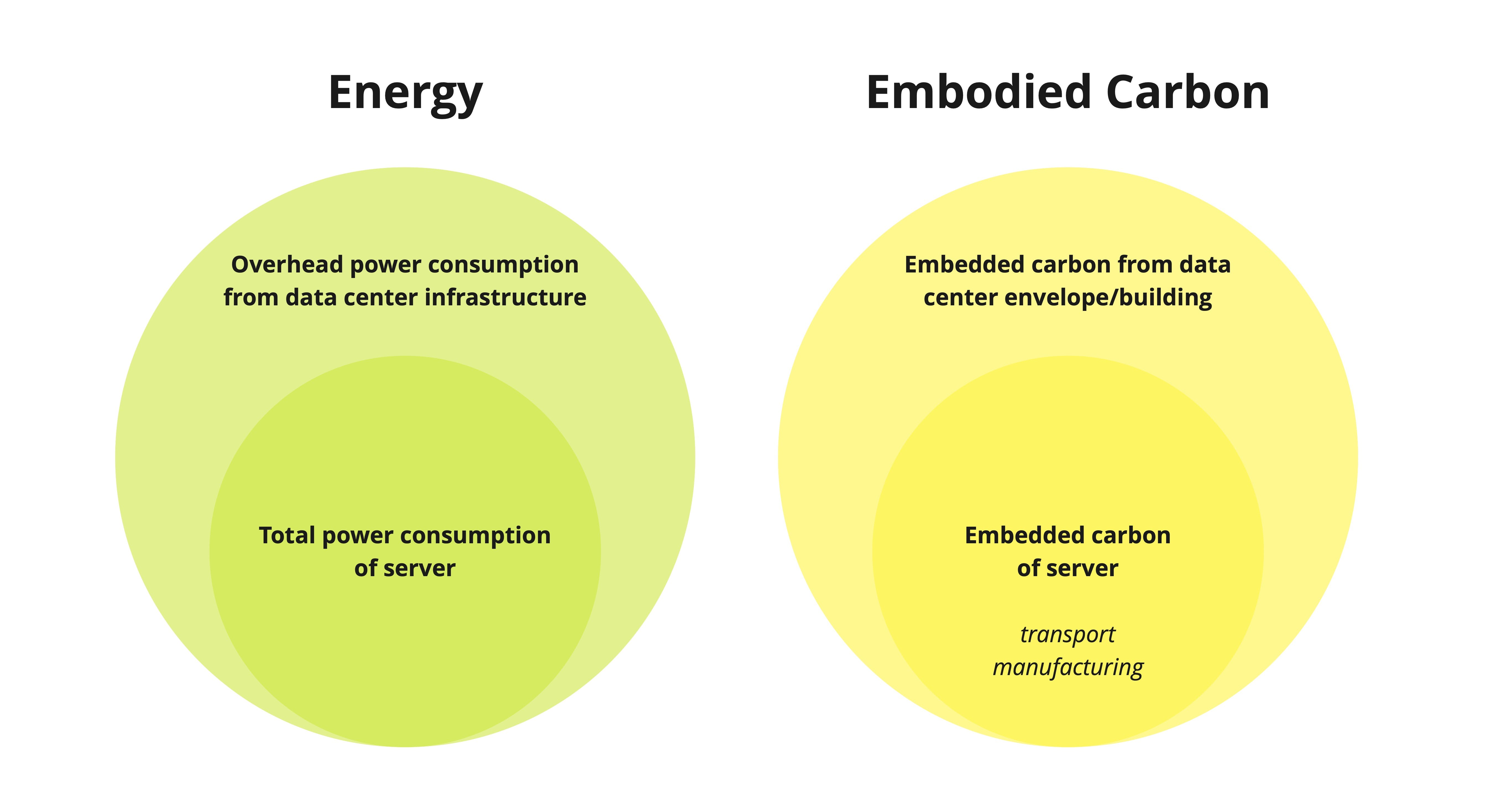 Looking at the environmental footprint of a server-side software application from the top down, the biggest ‘application’ item is the server itself. An overall metric encompassing server energy consumption, and embedded emissions from manufacturing is a comprehensive first step.

Determining the total power consumption of a server is theoretically easy, but becomes more difficult in the cloud. Within traditional virtualization environments, this is not an issue. On the embedded carbon side, things become a bit more difficult, as most hardware vendors do not, as yet, release Environmental Product Declarations (EPDs). This is where the SDIA’s Open Data Hub will be invaluable, building an open database that provides this information going forward.

The next layer, which can be initially disregarded, is the data center infrastructure and building, as it is an overhead calculation, as such it is already nicely stipulated by the sector’s favourite metric - Power Usage Effectiveness (PUE). As determining the environmental footprint of IT develops, it can be a constant within the calculation, filled with real data once data centers are able to report it.

The majority of software applications today do not run on a single physical server, but rather in a virtualized environment. Does that change things? Not necessarily, it simply means allocating the environmental footprint share of the physical server to the virtual one, based on allocated resources (compute, memory and storage). It’s not perfect, but it’s getting close.

The second challenge is in the different requirements — measuring the total environmental footprint of server-side software (over its lifetime) versus reporting the total footprint for a specific request or operation. When looking closer, they build on each other. To solve the first requirement, one has to constantly record the power consumption and embedded carbon (which should be constant) of the underlying server, which forms a time series.

Identifying the most concise information required within a simplified metric to determine the total carbon IT footprint will provide the data transparency for optimizing total power consumption, therefore reducing energy consumption.

Our Steering Group: Carbon footprint framework for server-side applications supports better data availability and reporting of carbon emissions within the digital value chain as the basis for intelligent, informed decision-making.

A dedicated ‘thank you’ to John Laban & Leonieke Mevius (SURF) for putting us back on track and helping us stay focused. 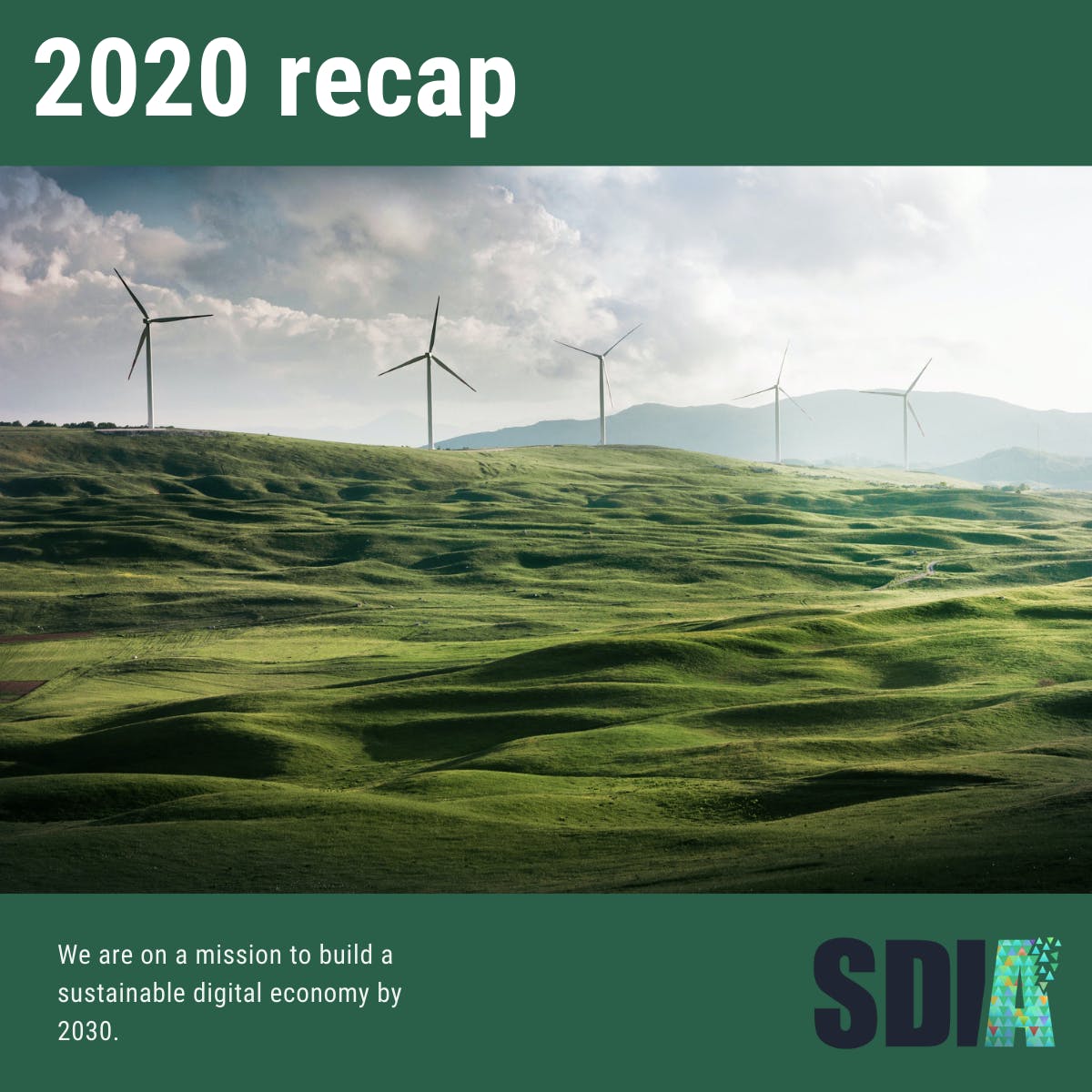 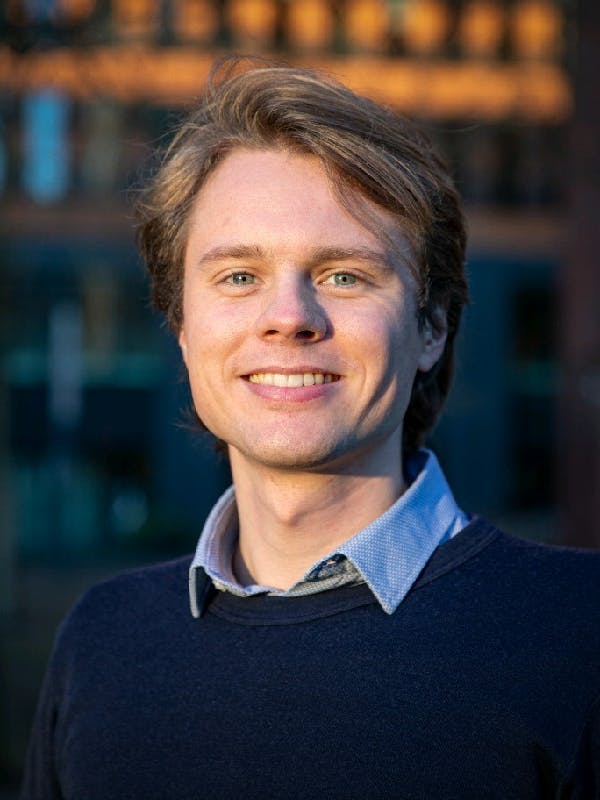 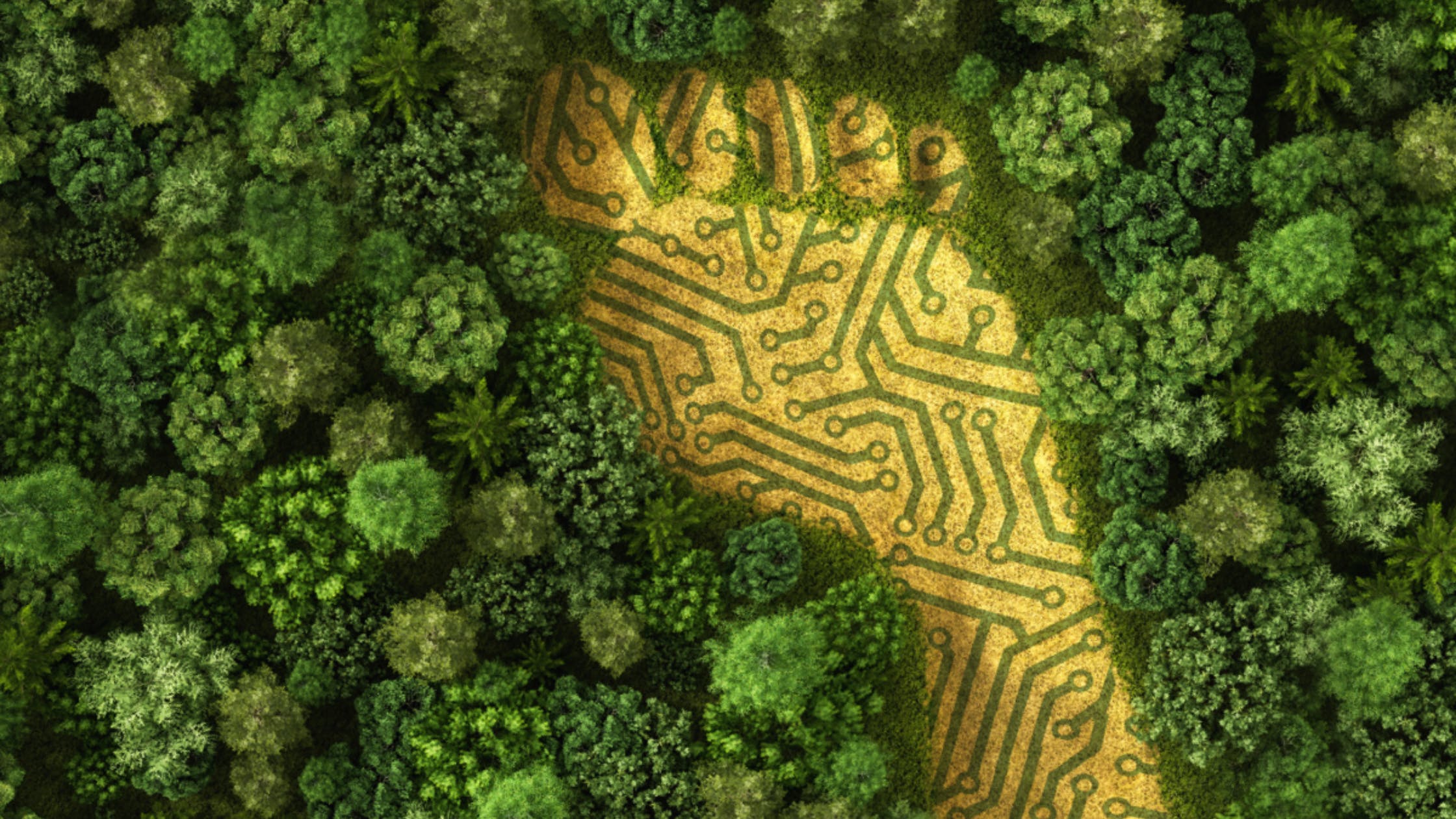 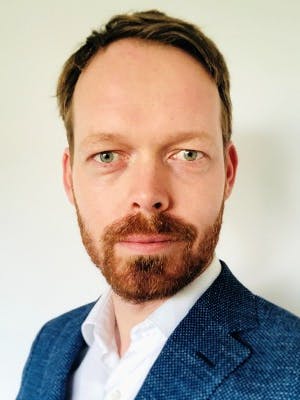 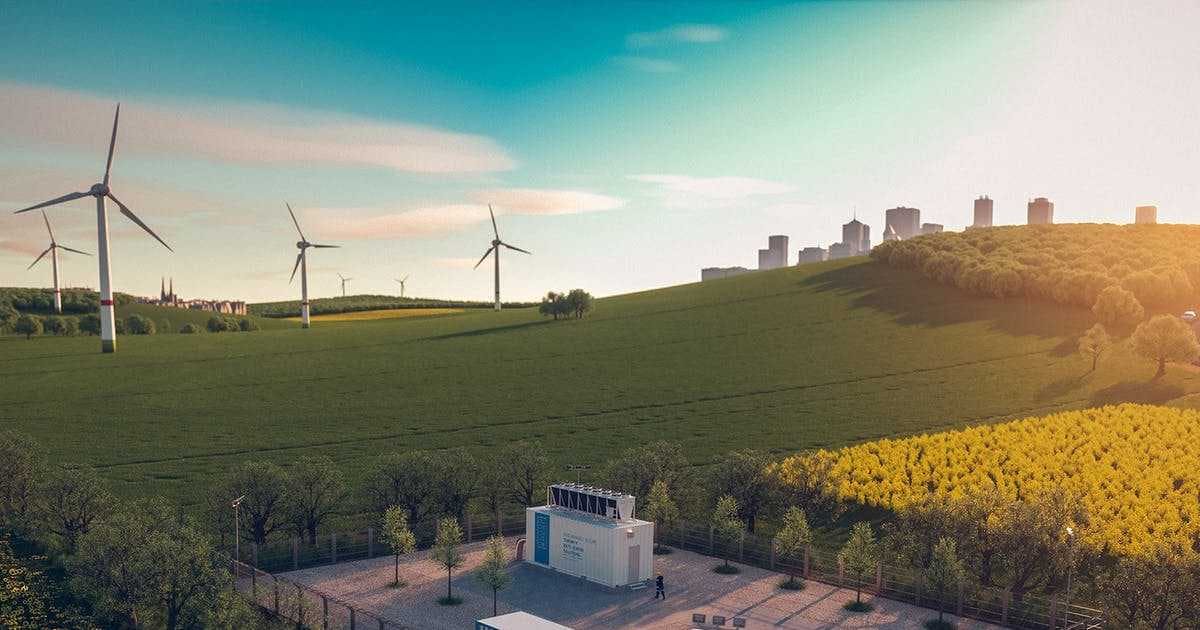